Posted by generated Posted on 11:52 with No comments 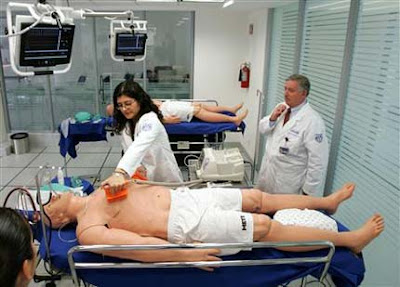 Simulator patient's robot of medical robots in Mexico City to reduce costs and provide students improved training. The $1.3 million facility has 24 robotic patients and a computer software program that can simulate illnesses ranging from diabetes to a heart attack. The robots are dummies complete with mechanical organs, synthetic blood and mechanical breathing systems. 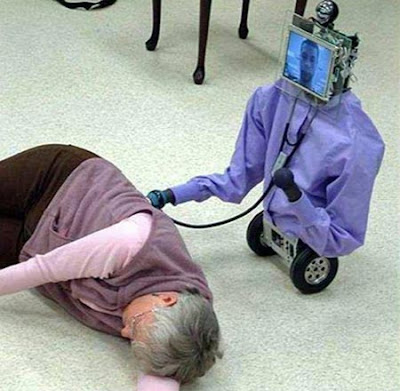 u-BOT 5 is a robot designed by researchers at the University of Massachusetts and was made to help old people should something happen to them. Its capabilities include "picking up small objects, dialing 911 and even using a stethoscope to check vitals." It packs a webcam, microphone, LCD touchscreen, WiFi, and could potentially be used to make virtual housecalls . As you can see from the picture, if you ever fall and can't get up there's nothing to fear when uBOT-5 is near. 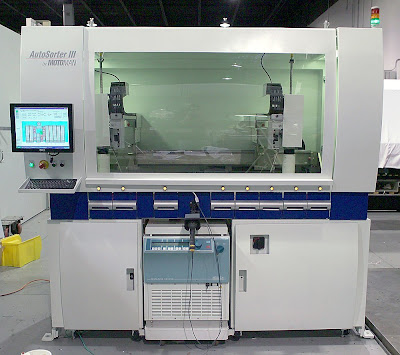 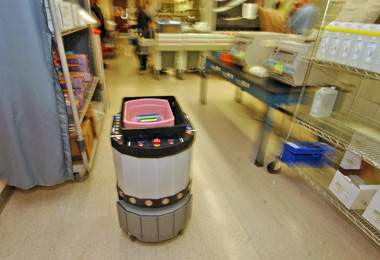 InteSys LLC has all the CCS Robotic applications :SpeciMinder, RoboCourier, RoboResponder, RoboRounder. These platforms are ready to move : Specimens, Medicines, Laundry, Food and Supplies. These robots have proven reliability, low maintenance and cost less than $6 per hour to operate. They can run for 16 hours per day and 365 days per year. Each robot is self guided and can run missions on a schedule or when called. 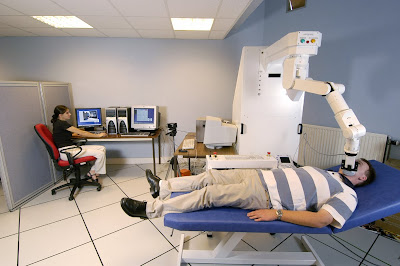 This material common to Lagadic and Visages teams is composed of six degrees of freedom medical manipulator (made by Sinters, France). A force torque sensor is mounted on its end-effector holding an ultrasound probe connected to a SonoSite 180PLUS imaging system. A PC running Linux is used for image processing computations and for controlling via a LAN network the low level controller under QNX. 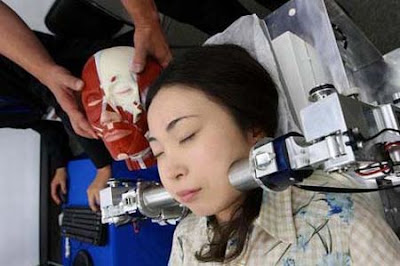 Researchers at the Waseda University in Tokyo have developed the WAO-1 Face Massaging Robot, hoping for its use in the medical field. The movement of the robot’s arms is programmed using a complex set of algorithms made to emulate the movement for a perfect massage, with six sensors measuring the degree of pressure being issued. No news yet if a home version will ever be available, though seeing as these cost a whopping $70,000, we would think home use isn’t ready quite yet. 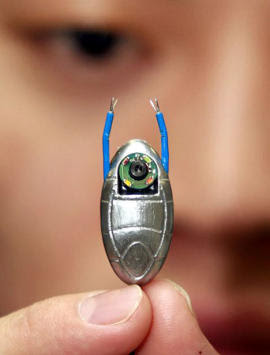 This miniature robotic prototype developed by researchers at the Ritsumeikan University and the Shiga University of Medical Science in Japan can be inserted into a patient's body through a small incision.

The doctors use prior MRI imaging of a patient as a sort of internal Google Map. Once it's in there, the robot can be controlled by doctors outside the body to capture images, take tissue samples, deliver medicine, and even perform minor surgical procedures. 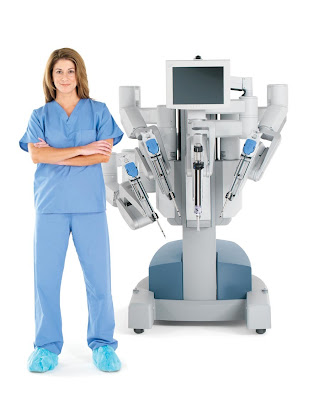 The da Vinci® Surgical System combines computer and robotic technologies to create a new category of surgical treatment, robotic-assisted laparoscopic, thoracoscopic or endoscopic surgery. By providing surgeons with enhanced capabilities, the da Vinci Surgical System makes it possible to treat a broader range of conditions using a minimally invasive approach. This means that with da Vinci, you can have major surgery with only a few tiny incisions. In addition, your surgeon can operate with better visualization, precision, dexterity and control than possible using traditional surgical approaches.

To date, da Vinci has been used in everything from minimally invasive heart surgery to minimally invasive cancer surgery, to treat conditions as diverse as prostate cancer, endometrial cancer, morbid obesity and mitral valve regurgitation.

In short, the da Vinci Surgical System combines robotics and surgical technology as never before, enabling your surgeon to provide the most effective and least invasive treatment option available for a wide range of complex conditions. 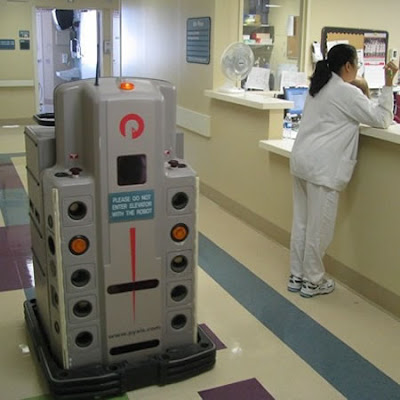 Panasonic has designed a new robot that helps deliver pharmaceutical drugs to patients. The robots will have access to the medical records and prescriptions of patients and will do the grunt work of front desk clerks and pharmacists.

The robots will be ready for release in several months in areas round Europe, the U.S., and Japan. In a hospital with about 400 beds, one of these robots will have the ability to finish the job of delivering prescriptions in about 2 hours. Generally it takes a human pharmacist about 4 hours to get the job done. 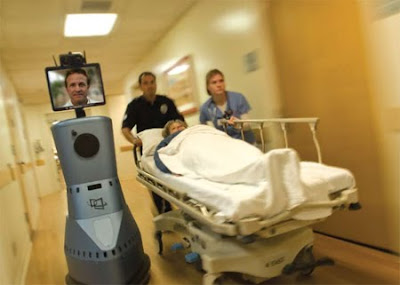 Remote Presence (RP6) Robots allow a medical expert to visually examine and communicate with a patient from anywhere in the world, via the machine, using wireless technology. The robots (nicknamed by staff Sister Mary and Dr Robbie) can also be used for surgical teaching and even videoconferencing.

The robots are controlled with a joystick from a remote site. The doctor 'driving' the robot can view the patient, ask questions and read patient records, view X-rays and test results from the console. The patient sees the doctor's image on the robots 'face'.
Although the robot does not physically examine the patient it allows face-to-face contact between the doctor and patient, providing immediate access to specialists.
Tweet